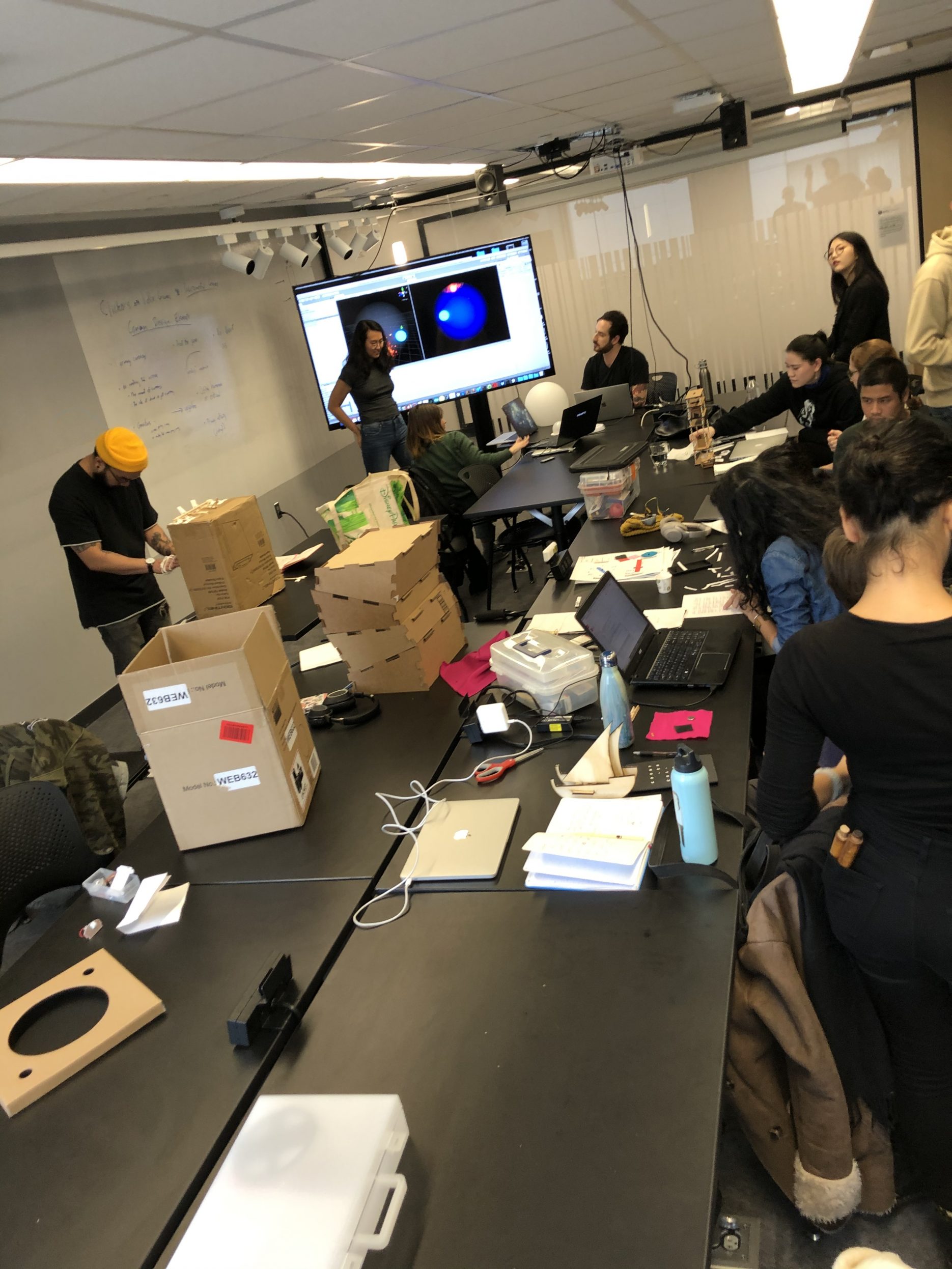 Last week, we play tested our (and our classmates’) paper prototypes. First of all, it must be said that we have some really talented and creative classmates. We had a lot of fun and were able to get tons of really good feedback on our project, for which we were really appreciative.

Some of the feed back included:

Our team met this week for over an hour to talk about our next steps. We created a columned list of the areas we had to address for the code as well as the hardware and other components. As next week is Thanksgiving break, we’ve decided take advantage of the extra free time to meet a couple of days and work on the code and shop for components.

We’ve also decided to take a trip to a hardware store where we can buy supplies we’ll use in fabricating our console; since we don’t have a car, we’ll just use Uber to get our stuff back to ITP, which indirectly affects the cost of the project. In the end, most of our discussion revolved around what we wanted to change and newly incorporate after our play testing last week.

We’re looking forward to seeing the final projects of our classmates in just a few short weeks!