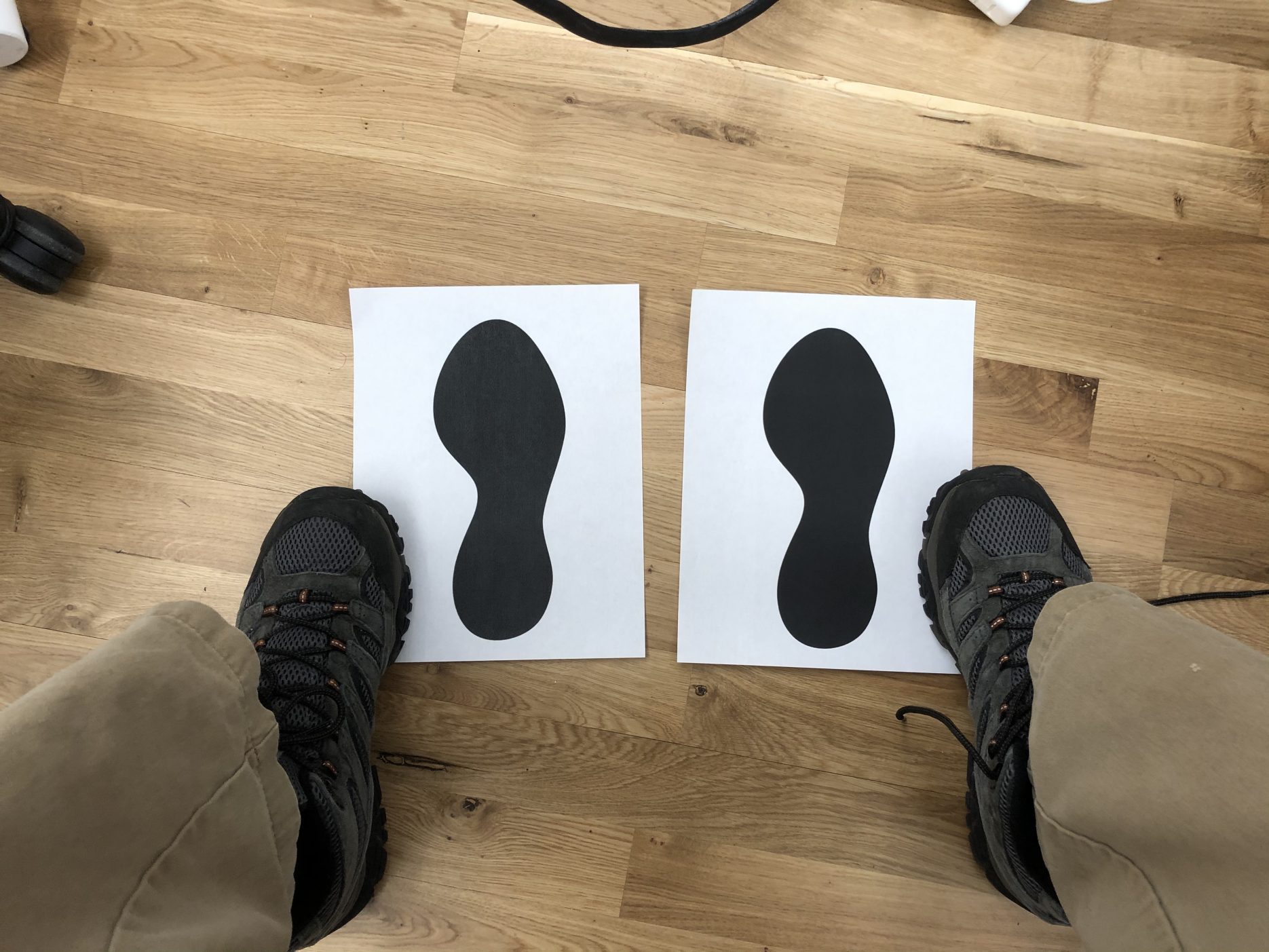 For our paper prototype we mocked up an analog version of our game.  Using a bunch of popsicle sticks, dowels, tape and printouts, we were able to replicate at least the bare idea of our game.

This took a lot of thought and maybe assumption on our parts in order to figure out the best approach.  There were a few issues where we had differing opinions on how people would interact with the prototype.  We imagine that these issues will be resolved with the help of user testing that happens in class.

To replicate the motion of the characters, we’ve used print outs on popsicle sticks that we’ll move based on the footsteps and the angle that the user is leaning.

For the gyroscope, we’re thinking that something akin to a bolo tie that leaves the sensor close to the body would be most effective.  By placing the sensor behind the neck, and having the user tighten the tie, we can keep the gyroscope in place and keep the reading close to accurate.

We’ve printed out instructions on how to play the game and tried to be as minimal as possible to avoid over-explaining.  We used icons with minimal language, hopefully that’s enough.

Our prototype doesn’t reflect the actual position and spacing that we imagine the final product will have, but for the purpose of an analog version, we felt that this configuration would get us closer to the user experience. 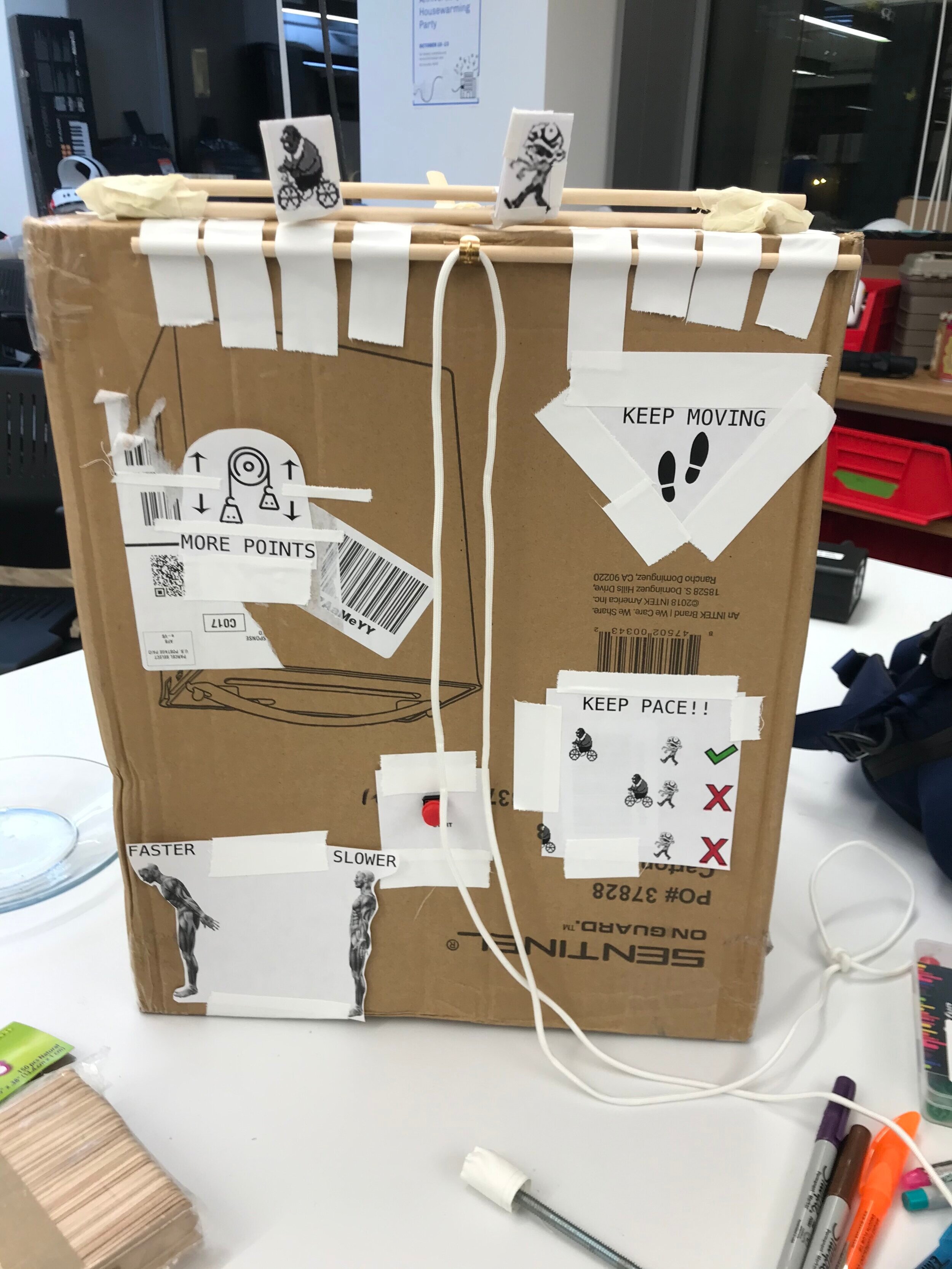 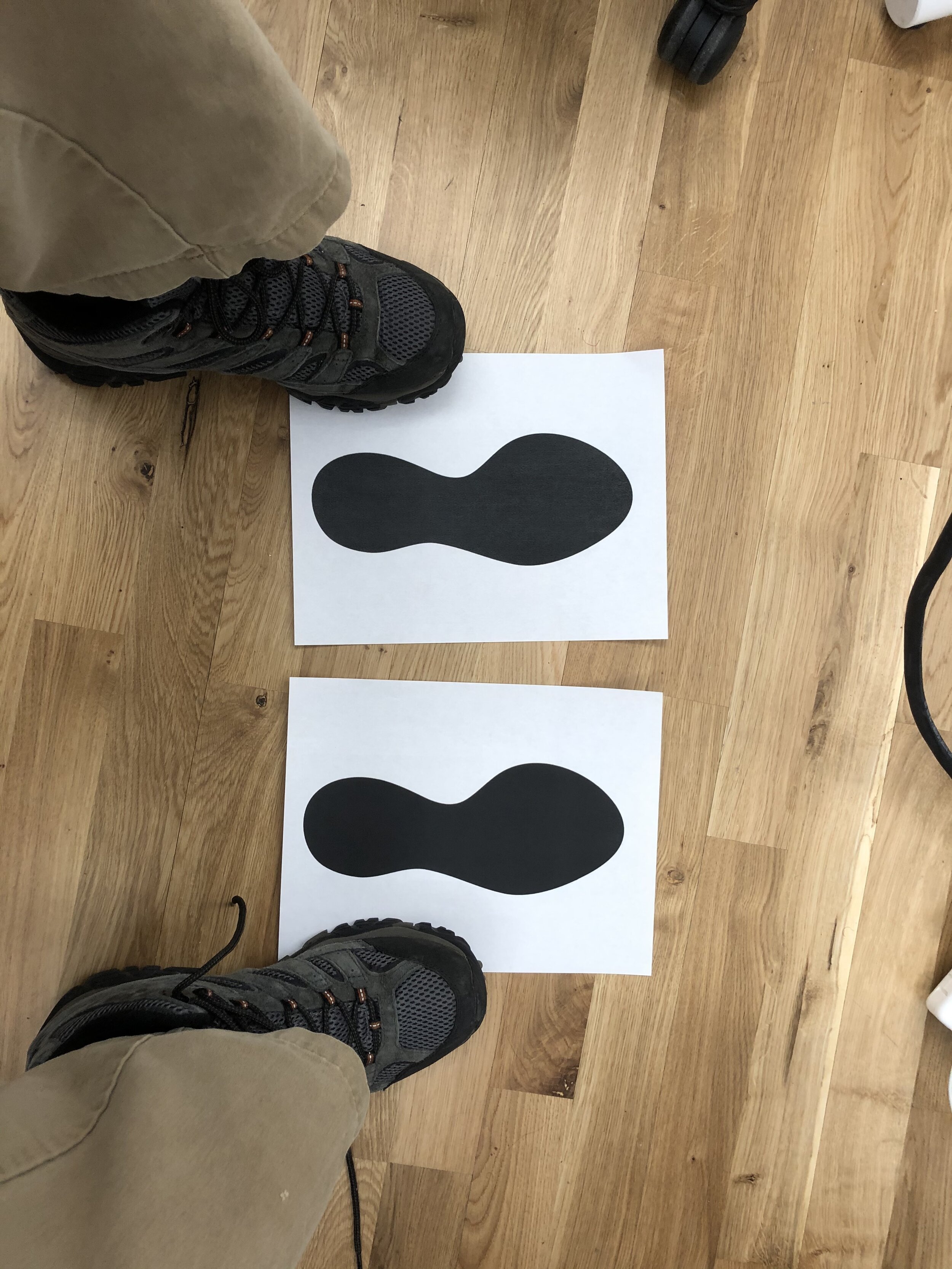 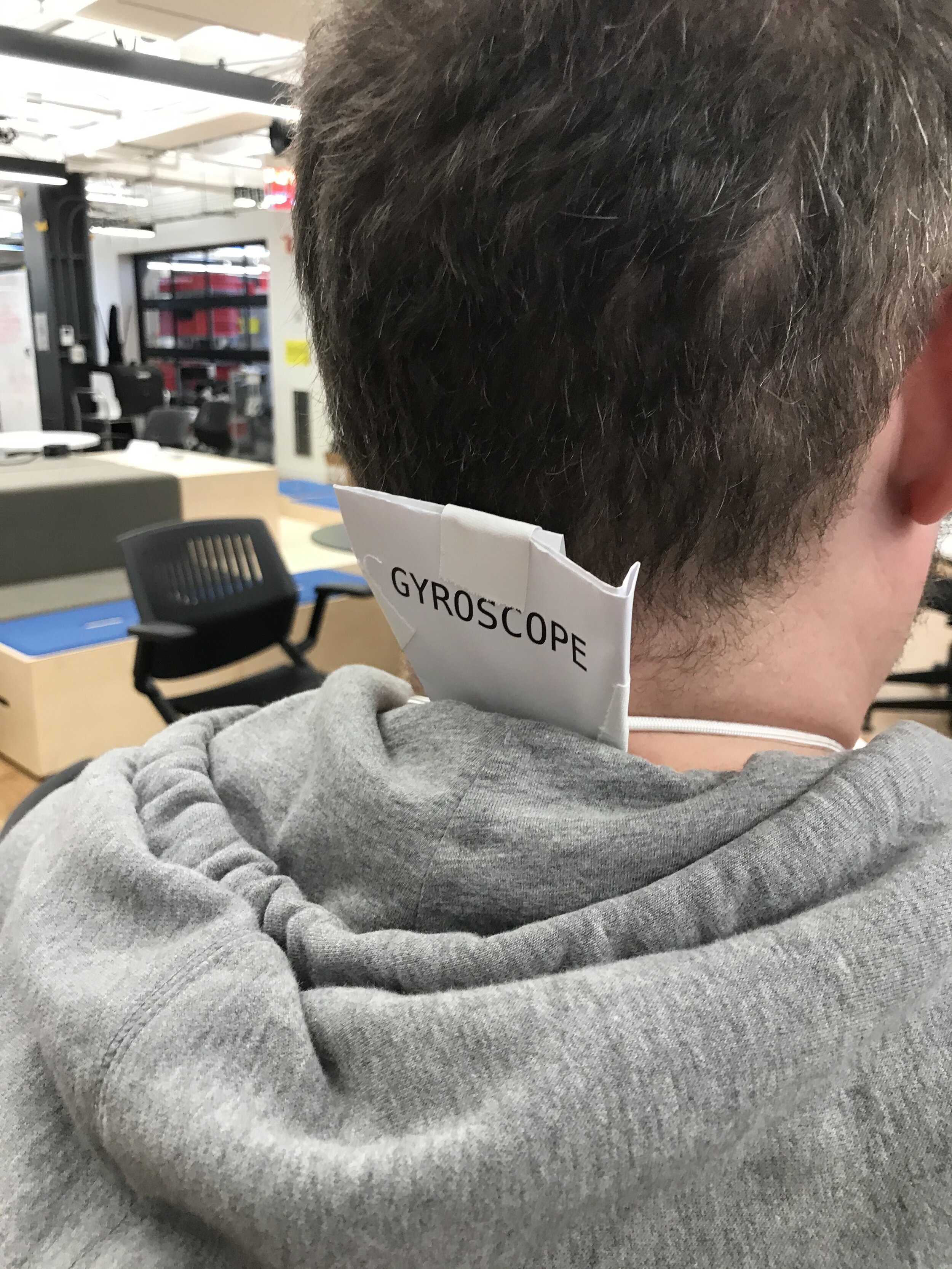 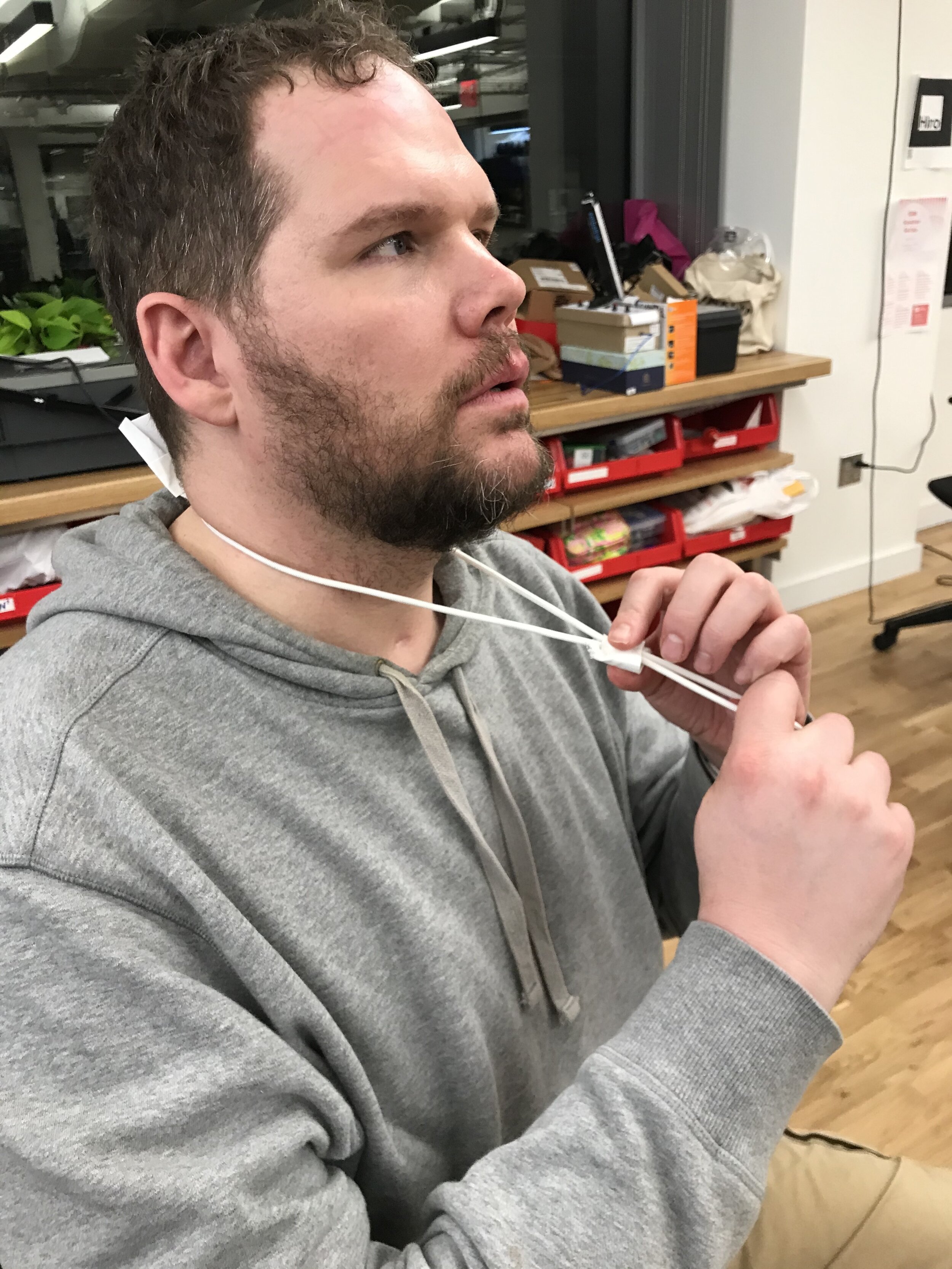 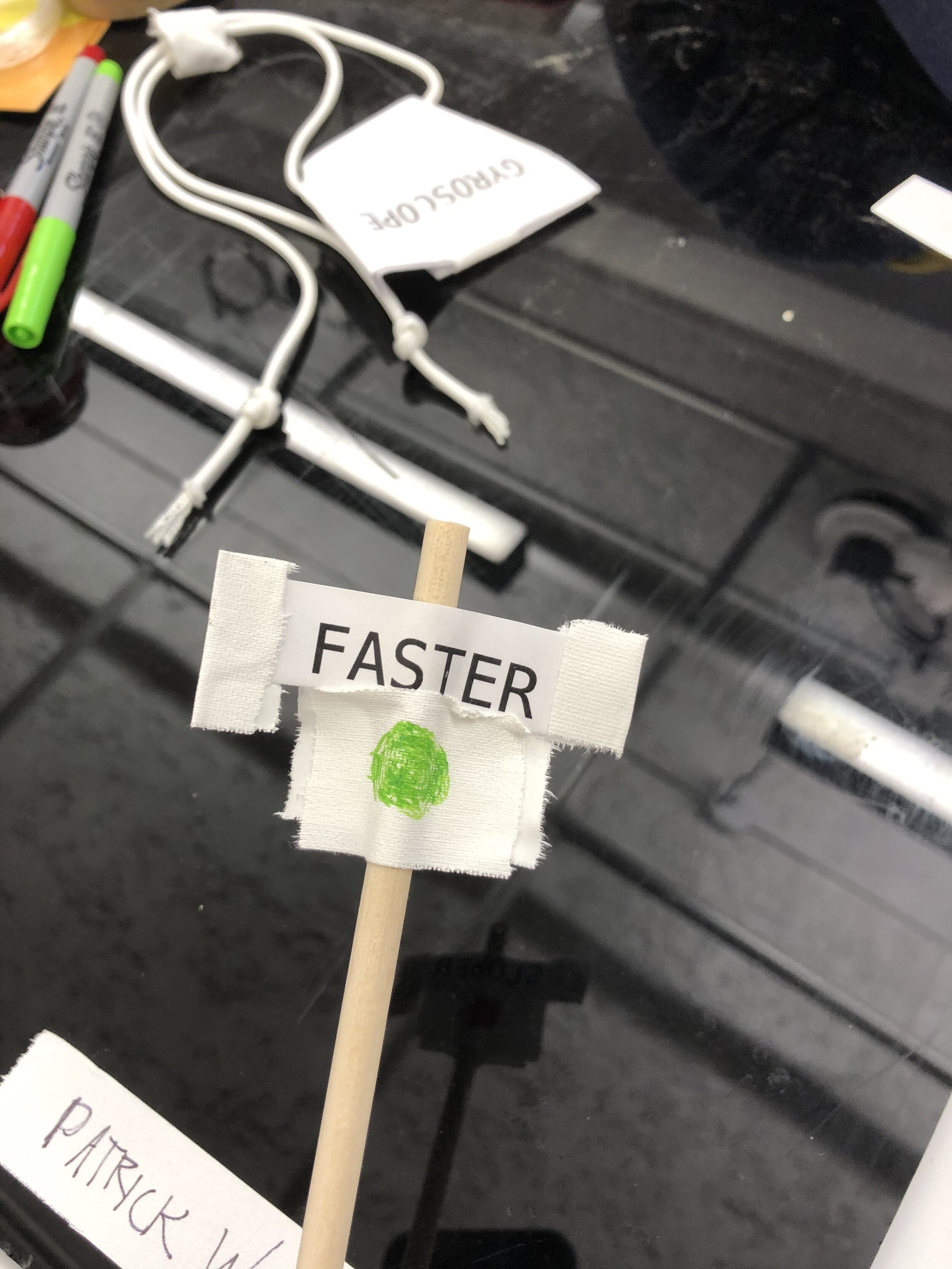