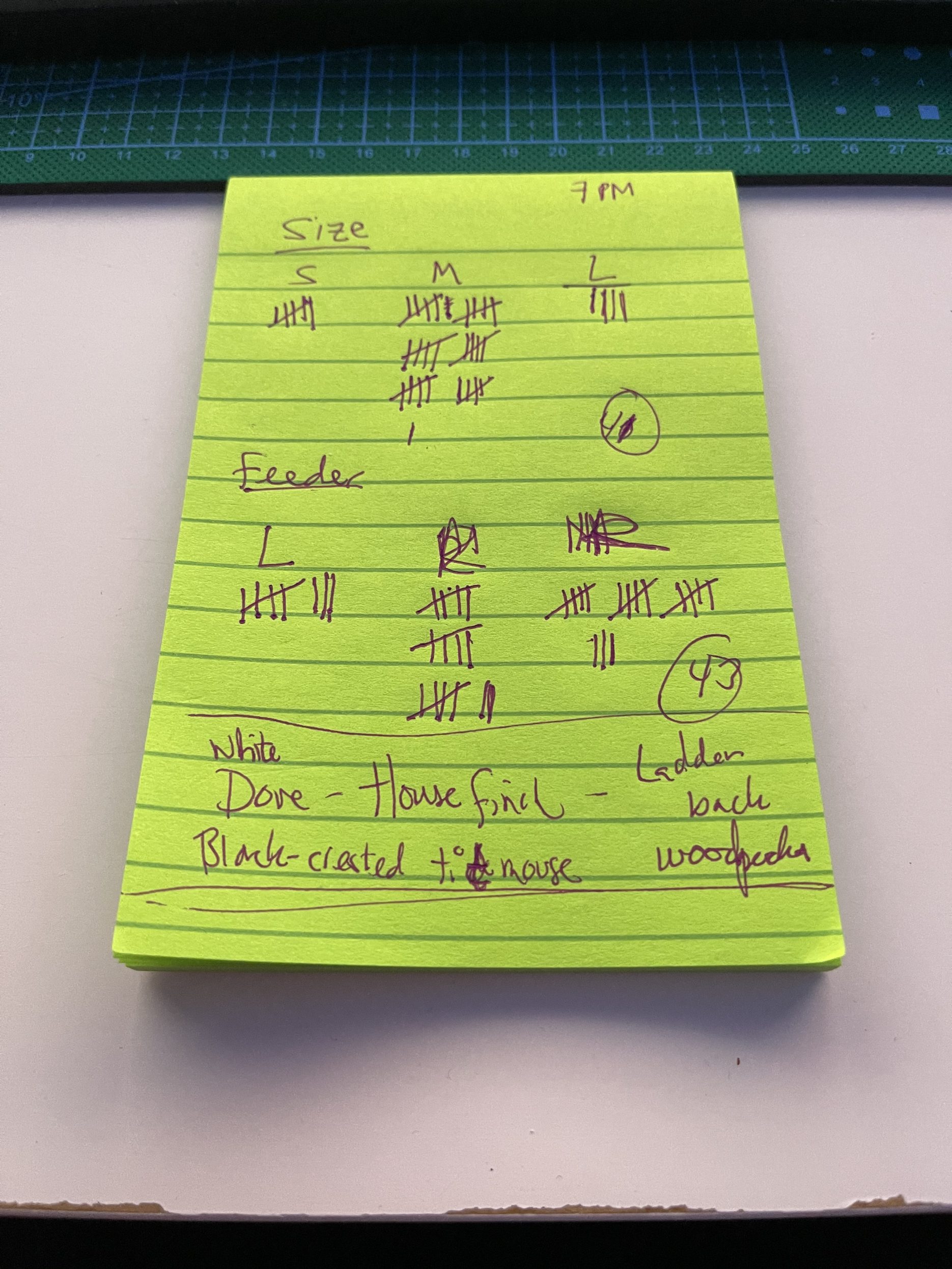 For the first week of class, we were asked to spend some time looking at the Cornell Labs’ feeder cams and choose one that interested us. We were asked to develop a methodology for counting that is not only about counting individual birds, focusing on physical attributes and behavior. We were then asked to spend 45 min to an hour another day using our chosen methodologies.

The feeder we chose to watch from was located in Ft. Davis, Texas—home to the Indian Lodge State Park and McDonald Observatory—hosted by West Texas Avian Research, Inc, called West Texas Feeders. The site seems to be geared toward humming birds, but we didn’t see any.

Here is some of what we did see:

As far as take aways from this activity, it did become quite apparent that birding and socializing—at least for beginners—can really pull focus from the activity at hand. Once we were able to focus—which was hard because of all the cool birds/bird activity worth commenting on!, we were able to count birds for a good while. That said, we met around 6:30PM, everyone got settled and sorted (in terms of what we were counting) by 6:45PM, and only one massive white-winged dove and his buddy hogged the three feeders for the first 30 minutes.

Shortly after the bigger birds left, lots of medium-sized and smaller (but not hummingbird-small) birds showed up to feed and flutter (but not hummingbird-flutter) around. It was interesting to see how, much like with people, there seemed to be a rush hour… motivation not entirely clear, but I’m guessing it had something to do with the much larger birds’ presence.

Here’s how my tally ended up:

We were also asked to find a birding spot. Since I’m disabled and not fully vaccinated, yet—though, even then I’m not planning getting out regularly for a while—I chose the vine chaos(?might be the right word?) in my backyard that birds seem to love. Last Spring, I found myself checking to see if the door was slightly open the birds were so loud and numerous. The birds love the grapes that grow on the vines—and I’m fairly sure that’s why I only saw two of my cherry tomatoes appear last year on the plant located just below the vines.

This past week—the 2nd week of How to Count Birds—we were given a few videos to watch as well as read a few articles. The videos led us through some basic data visualization using p5 and birding data and APIs, which I’m really looking forward to learning more about. (I’m not quite clear on how a proxy works on what happens locally when you have one for another site.)

As with last week’s articles, I really enjoyed the reading for the most part. I thought the paper on the study of the migration of the black-throated blue warbler was interesting, but a bit of a rough read. (That said, I generally feel that way about a lot of formal papers… this one contained a bit of jargon, but they were words worth looking up (such as “protandry” because I’m sure I’ll find a need to bring it up in the next 44 years of my life. I’m half-joking… I actually love learning that here are words fro things I’d never really thought about.)

I thought it was interesting how much time and effort was but in to analyzing and summarizing the data. I appreciated how many different ways there were to frame aspects of a process—protandry—and that there were some parts that, from the data available, didn’t appear worth publishing and taking away (potentially) from what observations and connections were made in the paper. (I also like that they felt it worth mentioning that those aspects were analyzed but not pursued.)

We were also asked to spend time observing a single bird. I tried spending time looking at (ok, ‘for’ would be a better word) one bird on Thursday, but when I saw it was rainy, I thought I’d try Friday. Friday, I heard birds get very active—by this I mean singing/chirping—around 4:30PM, when the front of my building is fairly shaded. I couldn’t find any birds, so I went back to the back—to my patch—and couldn’t find any.

Saturday, I tried again—quite a few times—starting around 4PM. I could hear the birds singing loudly so I tried looking for them out front—no luck! Just the sounds—and in a way that I couldn’t tell if the bird was modulating between parts of a call or if it was a fairly synchronous call and response. I went back to the back and could only hear singing. The sun was in the way of my being able to see in the direction of the calls.

I was able to see some activity in the distance when I tried again in about 30 minutes. The birds were far enough away that I couldn’t make out what they were. I did try using the zoom on my iPhone with a sweet camera, but all I got were outlines among branches. The Merlin app thought it was an owl—definitely not—or some ‘rare’ other bird, which I was sure it wasn’t. I tried a few more snapshots, but am just not close enough to get a good image.

Here’s what I noticed about the birds (and realized about my process.) First, the bird’s actions—so, I’m reporting the action of one bird, but the other birds that came and went in the tree were doing something similar. The bird was hopping up and down the top of a tree branch on the top of a fairly tall (25-ft, maybe) tree. My bird specifically, hopped to a part of the branch where it veered into two branches then slowly worked its way to the end. Most of the other birds that were out appeared to be flying from rooftop to rooftop, which would explain why I wasn’t seeing many of them.

I also realized—though I know this fairly well—that my apartment in Bushwick, Brooklyn, does not have a yard full of grass, trees, and space that would make a bird planning for a family or simply passing through and is unfamiliar with the area) feel safe and comfortable. I’m fairly sure I won’t see a ton of long-term bird movement looking out my front window. When the vines start to sprout in the next few weeks, I’ll have more than I can handle (visually and aurally), but it would make sense that birds would be most comfortable in areas with trees (or vines/wires) high off the ground, away from pets, kids, and vehicles (motorized and otherwise.) I can see the value of going to a park, but I’m hoping I won’t have to wait much longer until I have my own private bird watching patch, literally, right outside my backdoor! 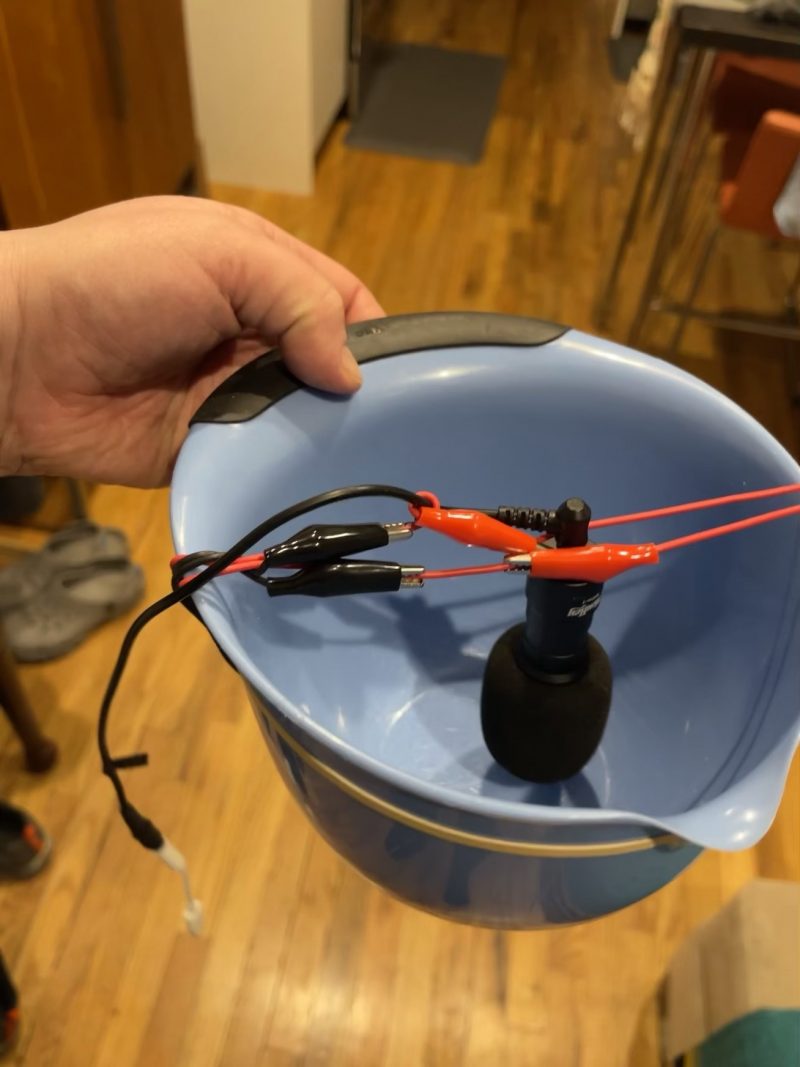 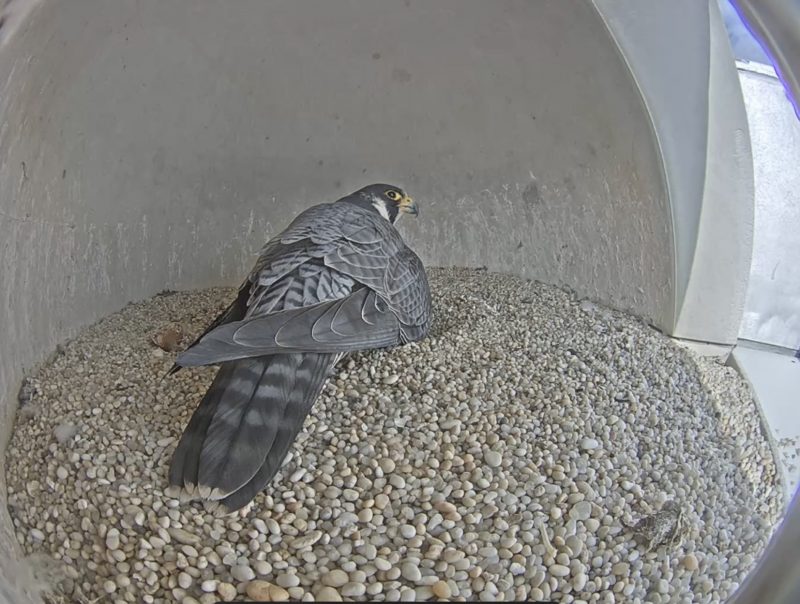 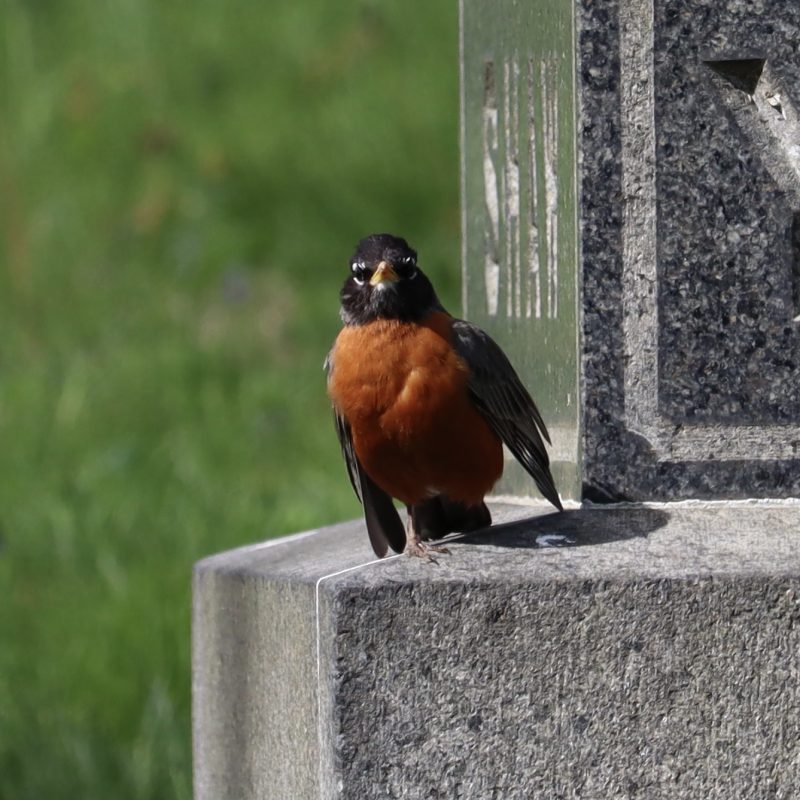 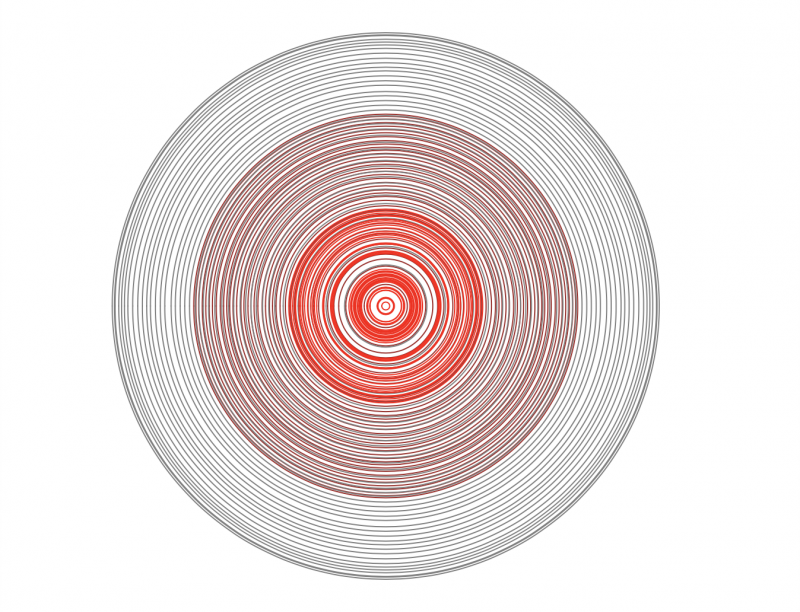