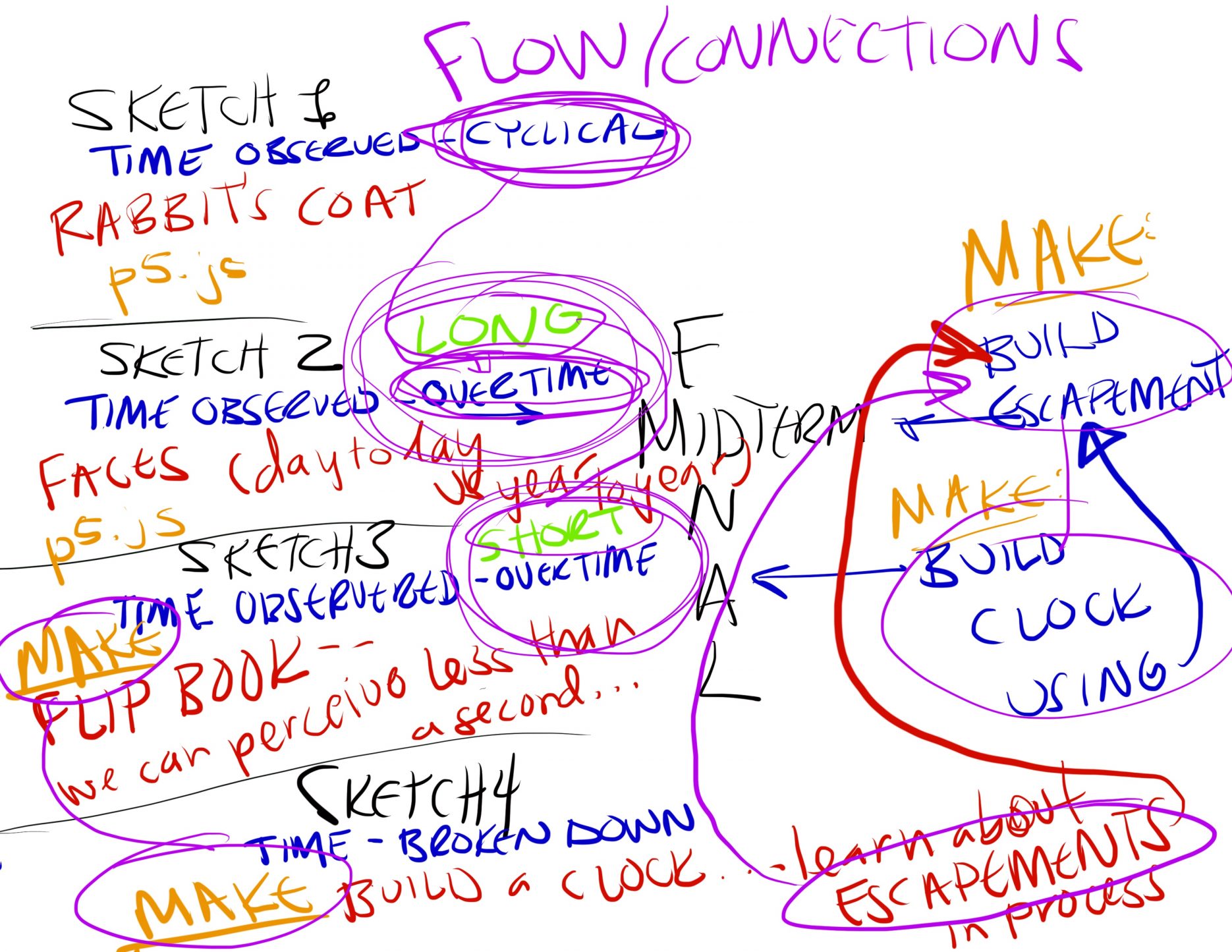 So, my proposal for my midterm project is based on my attempt to draw a connection between all my sketches and build on them, while trying to guide my efforts toward physical (vs digital) manifestations of sketches and projects.

Below are my initial notes that try to scaffold a flow of ideas in order to propose an outline of a path for the rest of the semester, including not just my upcoming three sketches but also ideas for my midterm and final.

IDEAS: Time can be observed through changes in nature

SKETCH #2 (mostly done, including notes I’ve written so far, below)

Time reflected in ‘Nature’ using self (over time) Observations and perceptions

IMPLEMENTATION: p5.js sketch with a slider to scroll through 20 years worth of pictures of the same face

IDEAS: Some things change at different rates than others. From day to day, we can’t always perceive changes to our surroundings—even when it comes to things we check out on average 20+ times a day, our faces in the mirror. It’s curious that, when you see yourself from day to day, it’s rare to notice changes in things like your facial structure, lines and wrinkles, and overall appearance; heck, 20 years later, it can be practically impossible (with some clear exceptions, see 2011) to differentiate you-at-25 from you-at-26 or -27.

Having looked through changes in photos from year to year, it’s easy to see how having longer periods of time between images makes differences more noticeable. Interestingly, the same is true when it comes to art like flip book animations. You see, on the other end of the spectrum—at a more micro level, the human body, at least the eye, is capable of perceiving things occurring much fast than a second. If that’s the case:

In my next sketch, I’ll explore these themes by (learning how and) creating a flip book animation—playing around with the images and speeds—and investing areas of this topic.

SKETCH #3 (aka debunking the second)

Time perceived — study of mechanics of perceiving change over very short periods of time through creation of a flip book animation.

(Alt: Maybe p5 sketch? …allowing to increase and decrease the frames per second as well as how much ball moves away from stick/man falls from sky in each frame.)

IDEA: By creating a flip book and working with the individual parts and pages of it, I’ll not only be exposed to, but immersed in the mechanics of the minutiae that are at the heart of an experience that unfolds over time—fragments of a second, in fact.

IDEA: Pivot to clock building through continuing to understand mechanics related to time by once again immersing myself in the mechanics of the minutiae; this time by building a model clock with escapement. This project will serve as a building block to creating my midterm project.

Research escapements and build one… Or more!

IMPLEMENTATION: After researching escapements to better understand them, report back on them and build one (or more!) (This could be modified to or incorporated into a more developed observational instrument, if needed.)

IDEA: To create a working escapement based on my research and soon-to-be recent experience (given the resources available to me.) Once I’ve created a working escapement, I’m hoping to learn how to expand that into a functioning clock for my final project.

Building on the escapement I make for mid-term, build out as much of a custom clock.

IMPLEMENTATION & IDEA: Using a combination of the following: fiddling, modifying, researching, and sleeping on it, build on my Midterm escapement to create a working clock. I’d really like to have my clock reflect on some social aspects, but not sure how. I also like the idea of creating a clock that just seems ‘right’ to me, then finding what it measures later on… with the intention of making time be the one waiting for something significant to define it. 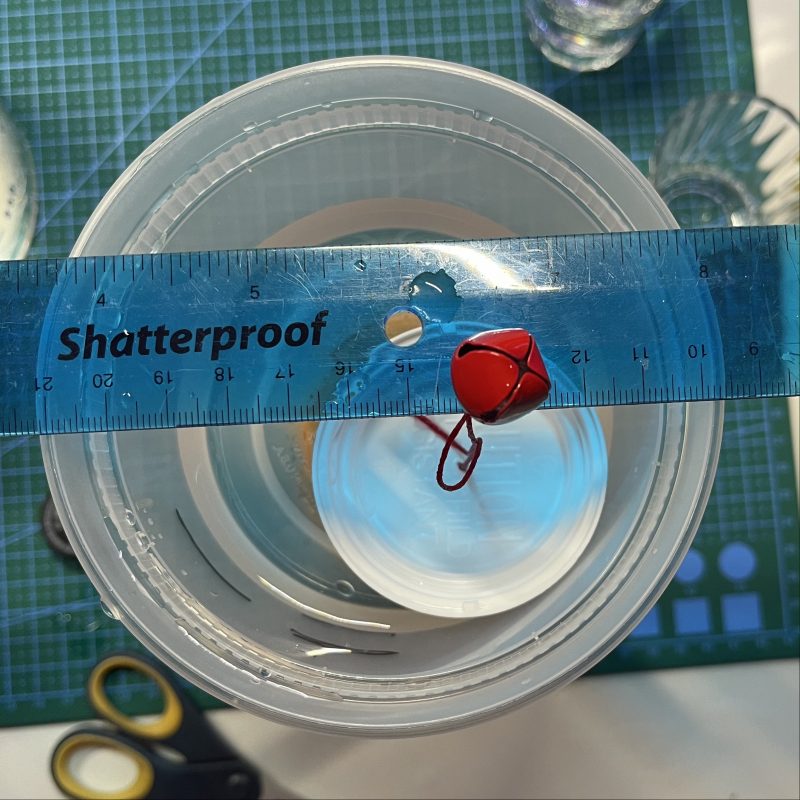