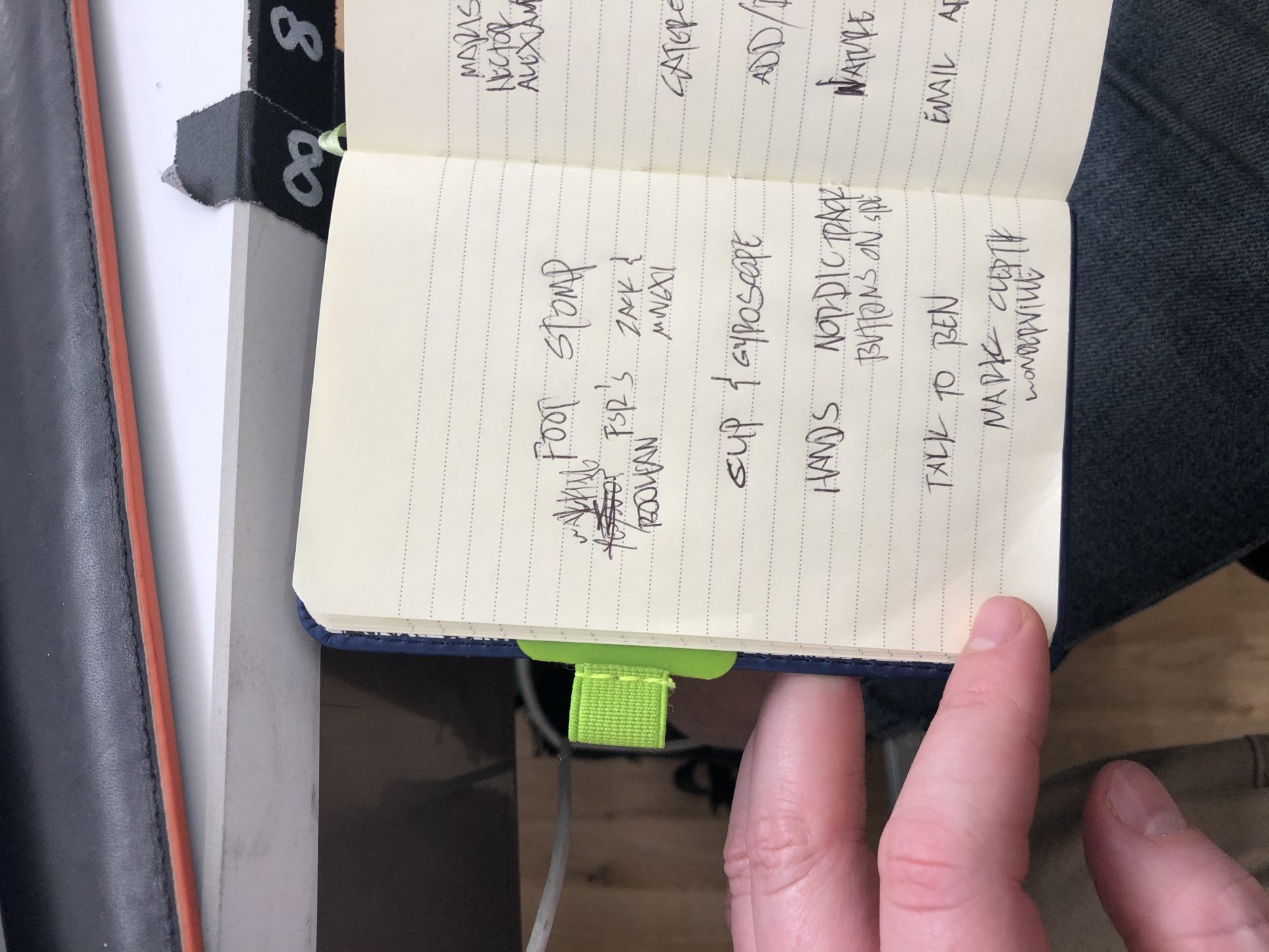 This week, Patrick and I met to discuss the next steps in our final project for physical computing. We talked about creating a desktop arcade box that could be accessed either sitting or standing, depending on the players’ preferences or ability.

For now, the idea is that the arms and feet movements would be a qualifier for whether the zombie is moving, and the chest piece would allow for the whether the player moves forward or backward. As for jumping over obstacles, that can be coded into the pressure sensors on the feet.

In terms of budget, we figured our costs would come out to be about $100-$125 for the final project.

We’ll be using the accelerometer, wires, breadboards, and such from our kits and The Floor for the project, as well, so those shouldn’t cost us anything.