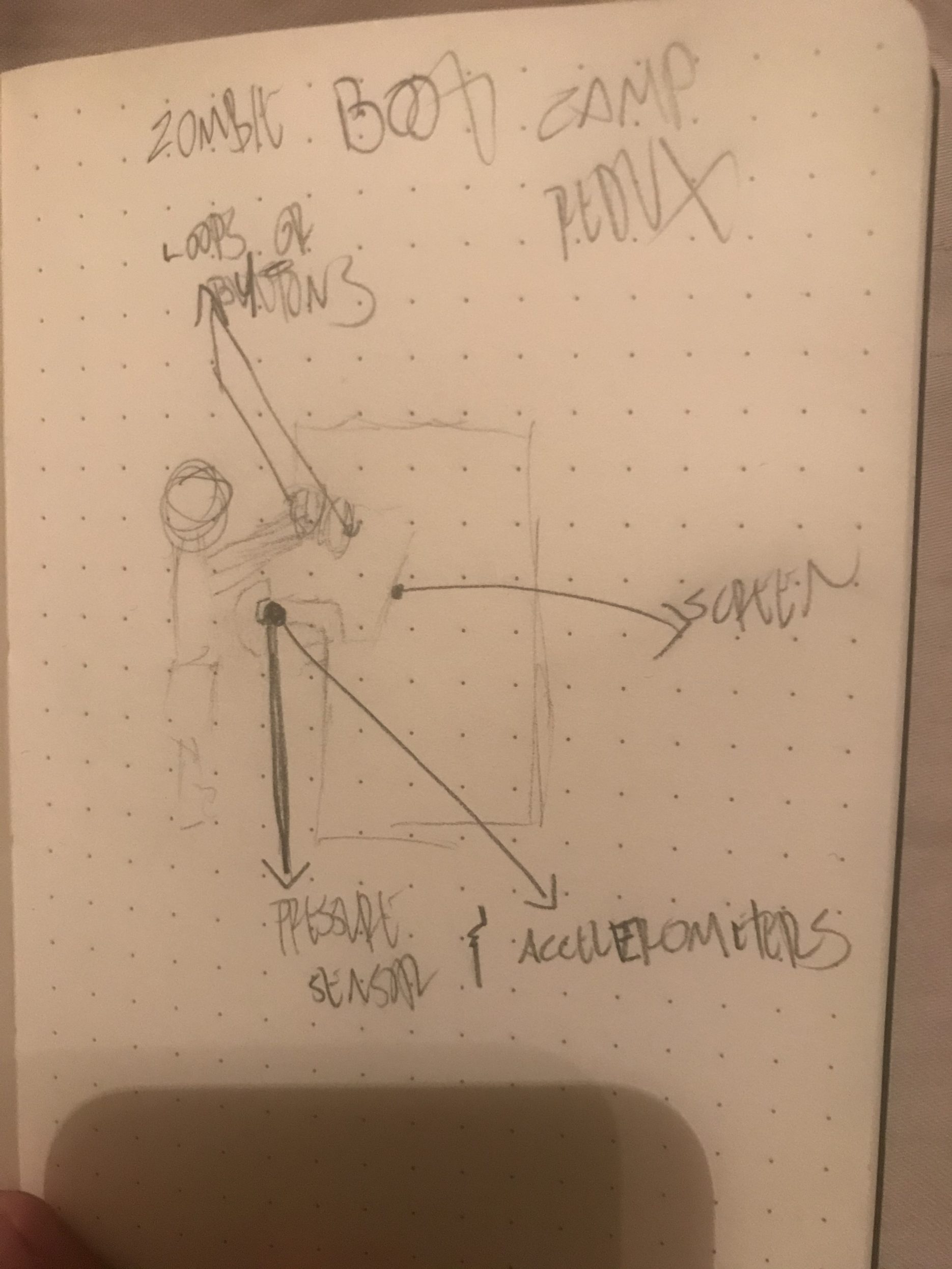 Tuesday afternoon, Patrick and I met to discuss our plans for the future of Zombie Boot Camp. Upon hearing that we would be able to work in self-designated groups, we both immediately decided, as we’ve worked well together, we would work together again to enhance our existing project. Actually, when finishing the midterm project, we’d both joked about how we might have done things differently had we had more time… so thanks, Prof. David!

When we met, we discussed a previous idea that Patrick had about using a form of chest bump/pressure to determine the movement of the character. As we ironed out some of the details, we talked about how size adjustments for a chest-level piece, as well as the functionality of the piece itself, might affect the stability and the durability that would be demanded for repeated play and testing.

After a bit more discussion, we agreed that our focus moving forward should be honed in on two separate goals: 1) add functionality and new design attributes to our p5.js game and 2) creating comfortable, enjoyable-to-use controls that have been tailored specifically to the game. For example, we threw around the idea of a Santa Zombie theme and the creation of an arm pulley system that would be tied to pressure sensors underneath the player’s feet, causing players to make zombie-like movements in order to succeed at the game.